Follow along with the latest message from Solid Rock.

The King is Here

Summary: The people of Israel were anticipating a king but the king they got was not what they expected but was exactly what they needed.

7 When they brought the colt to Jesus and threw their cloaks over it, he sat on it. 8 Many people spread their cloaks on the road, while others spread branches they had cut in the fields. 9 Those who went ahead and those who followed shouted,

“Hosanna!” “Blessed is he who comes in the name of the Lord!” 10 “Blessed is the coming kingdom of our father David!” “Hosanna in the highest heaven!”

Israel was waiting for a king.

Often we look for God to fix our situations and we lose sight of what we need fixed within us.

We can become discouraged when our expectations aren’t met but what Jesus offers is better than we expected.

We celebrate the King we know!

Jesus is a conquering king over anything that you need deliverance from. 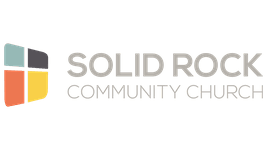 “Become what God sees in you.”

Gather on Sundays. Grow in groups. Go in teams.